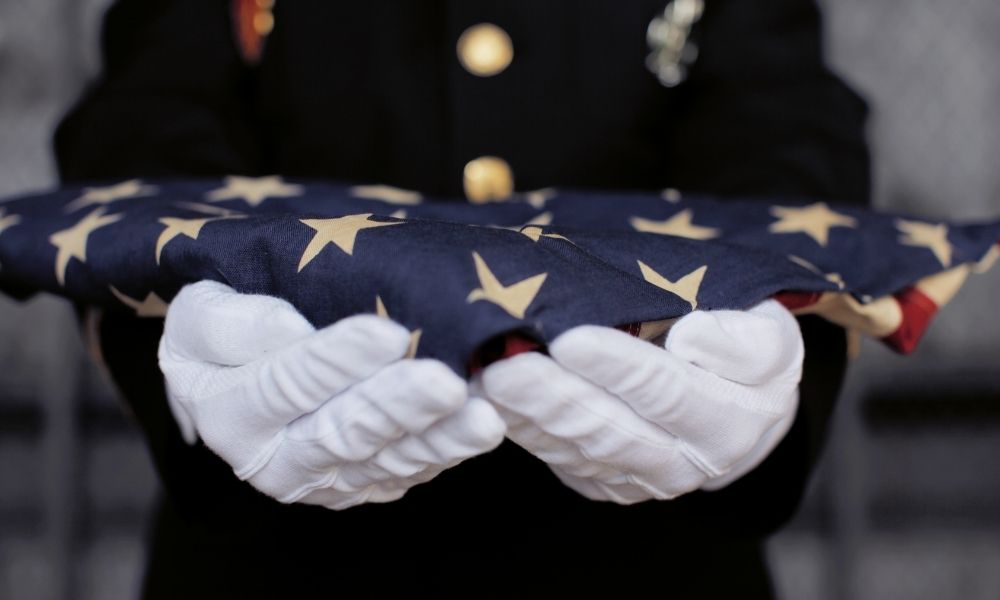 Commissioned officers, warrant officers, and senior non-commissioned officers are all applicable for receiving a full honor service at Arlington Cemetery. This is one of the greatest honors the country can bestow upon these servicemen who’ve made the ultimate sacrifice in the line of duty. If you have a loved one who qualifies for such a service, you should learn what a full honor service consists of at Arlington Cemetery.

Elements of a Full Honor Service

Full honors pull out all the stops in comparison to standard honors. During the transportation of the deceased, there will be a military band and an escort platoon that varies in size depending on the rank of the deceased. For handling the remains, there will be a casket team of pallbearers, and a caisson may be used if available. Should the service use a caisson, the Third Infantry Regiment United States Army, or “Old Guard,” will be responsible for the horse-drawn wagon or cart of the caisson. Other personnel present include a firing party and a bugler.

The caisson is a significant aspect of the service because of its historical context. At Arlington, the two caissons used date back to World War I where they were used to transport artillery to the battlefield and, after offloading the artillery, transport the bodies of fallen soldiers off the front lines.

When learning about what a full honor service consists of at Arlington, there are two traditions that are important to keep in mind. The first is the folding and presentation of the flag. All veterans receiving military honors are entitled by law to an honor guard detail comprised of a minimum of two members of the armed forces. One of these members will be from the parent service branch of the deceased; they will present the flag to the deceased’s next of kin or designated friend, depending on circumstances. The second protocol is the playing of “Taps,” a patriotic tradition that has become instantly recognizable and is often considered the most emotional period of an Arlington funeral service.

To commemorate the event, full military honors funeral photo and video services are available to help capture the emotions of the moment. Our professional photographers are trained to handle funerals with the utmost respect and care to avoid disturbing or intruding upon the service. Such recording of the service will help bring closure without ever having to forget the beautiful service put together for the deceased.

Pictured here is a bald eagle carved into the walls leading up to the Tomb of the Unknown Soldier. Today, the American bald eagle is protected under the National Emblem Act of 1940. The Founding Fathers made an appropriate choice when they selected the bald eagle as the emblem of the nation. The fierce beauty and proud independence of this great bird aptly symbolizes the strength and freedom of America.

Just after our 14th and final service of the week. Along Custis Walk under Arlington House.

Looking out over Section 60 at Arlington National Cemetery.