A full military honors funeral at Arlington National Cemetery is one of the highest honors this country can bestow upon those who made the ultimate sacrifice. Arlington Media knows the emotion and importance of this day for everyone involved. We take every precaution to not interrupt this solemn moment and let the mourners say their goodbyes. Our photographers use multiple cameras set around the service to capture every aspect of the ceremony. Remember this monumental day and your loved one forever with high-definition photos and video. Full honors military funeral photos and video will help you remember what your loved one meant to the country and to you, forever.

After the service, Arlington Media can deliver a high definition 4K DVD or Blu-ray disk that will contain the footage of your loved one’s funeral. They are configured to provide a positive user experience with an interactive menu and extra features, such as a ten-minute video of the Changing of the Guard at the Tomb of the Unknowns. We also can provide our videos via USB thumb drive and online file transfer at no loss to quality.

Arlington Media utilizes at least three broadcast-quality 4K Sony video cameras when filming a full-honors military funeral, not GoPro’s or consumer-level camcorders. We believe the result is a video that truly captures the importance of that day.

Those military members who obtained the grade of E-9, CW-4 and CW-5, and O-4 and above or service members, regardless of rank who receive the Medal of Honor or who are killed in action, may receive military funeral honors with funeral escorts provided by the decedent’s branch of service.

A military chaplain may be scheduled by the cemetery staff, if requested, unless a family minister is desired and provided by the primary next of kin or the funeral home.

A casket is carried foot first, except for that of a clergyman which is carried headfirst. U.S. flags over military caskets are placed so that the blue field is at the head and over the shoulder of the deceased to symbolize service to the nation.  The casket is draped before it arrives for services and remains draped until the flag is folded graveside. The cap and sword of the deceased is never displayed atop a flag-draped casket (nothing touches the flag). Caskets are transported to the cemetery in a hearse or caisson.

A military chaplain may be scheduled by the cemetery staff, if requested, unless a family minister is desired and provided by the primary next of kin or the funeral home.

The honors leader calls all honors participants to “present arms,” and commands the squad to fire their weapons in unison for a total of three volleys.  Military personnel and veterans solute facing the casket from the first volley to the last.

The tradition of three volleys comes from an old battlefield custom.  The two warring sides would cease hostilities in order to clear their dead from the battle ground. Firing three volleys meant that the dead had been properly cared for and that the side was ready to resume battle.

It is widely considered the most poignant moment of a military funeral. Again instead of facing the music it is appropriate to face the casket.  Military personnel salute from the first note to the last note fades, When the honor leader calls all honor participants to “order arms” and the Chaplin request mourners to be seated for the folding of the flag.

The American history of taps began during the Civil War when Union Army Capt. Robert Ellicombe discovered the body of his son on the battlefield.  The boy had been studying music in the south and without telling his father had enlisted in the Confederate Army.  In his uniform pocket was a series of musical notes composing a haunting melody.  The Union captain buried his Confederate Army son with a lone bugler playing the notes of taps.

The six horses which pull the caisson through the quiet lanes of Arlington National Cemetery are matched gray or black. They are paired into three teams – the lead team is in front, the swing team follows, and nearest the caisson is the wheel team. Although all six animals are saddled, only those on the left have mounted riders. This is a tradition which began in the early horse-drawn artillery days when one horse of each team was mounted while the other carried provisions and feed.

Officers in the rank of colonel and above in the Army and the Marine Corps may be provided a caparisoned (riderless) horse, if available.

General/flag officers of the Army, Marine Corps, Navy, Air Force and Coast Guard may receive a cannon salute (17 guns for a four-star general, 15 for a three-star, 13 for a two-star, 11 for a one-star), if available. Minute Guns may be used for general officers/flag officers of the Navy, Coast Guard and Marine Corps. The President of the United States is entitled to a 21-gun salute, while other high state officials receive 19 guns.

Pick a service branch to see a sample video 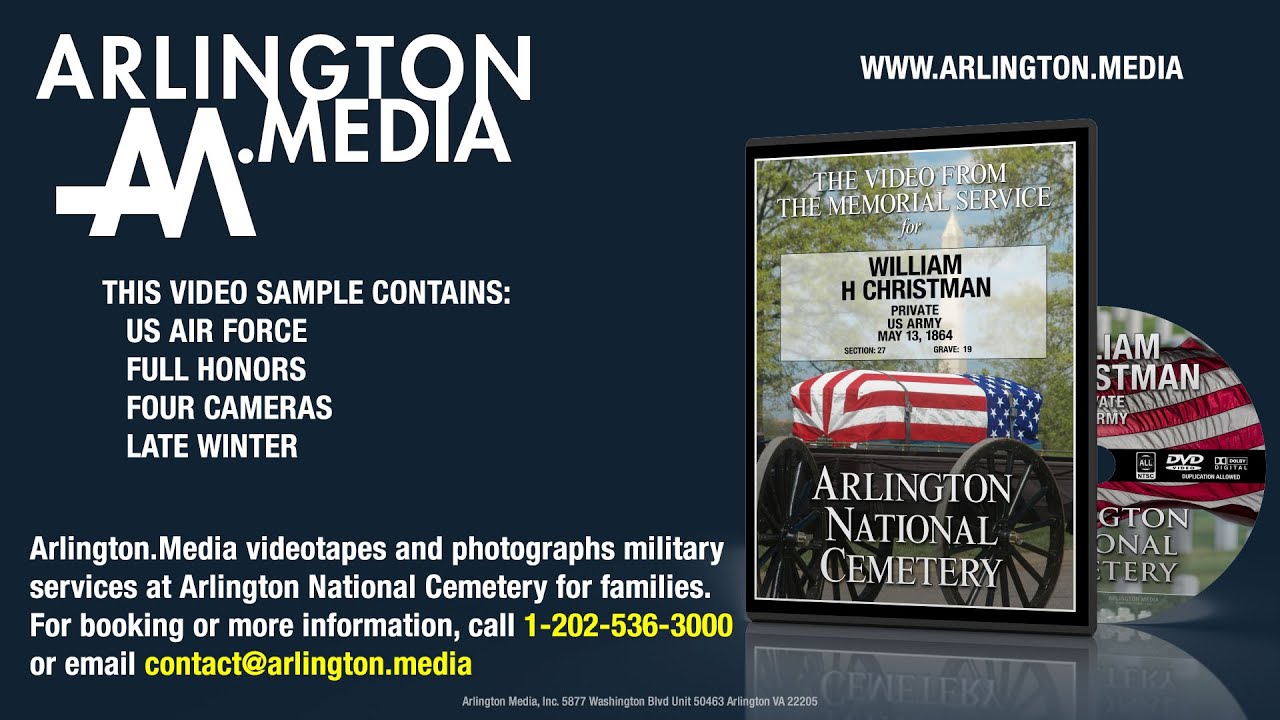 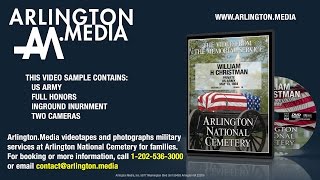 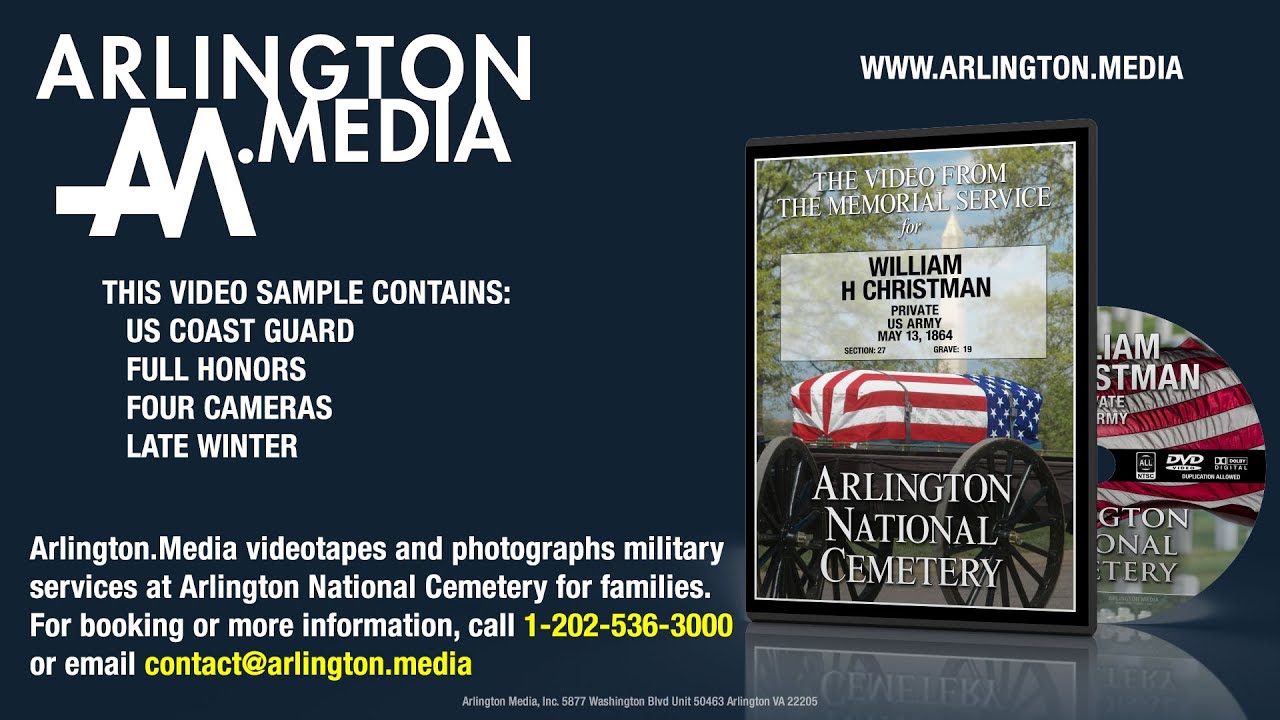 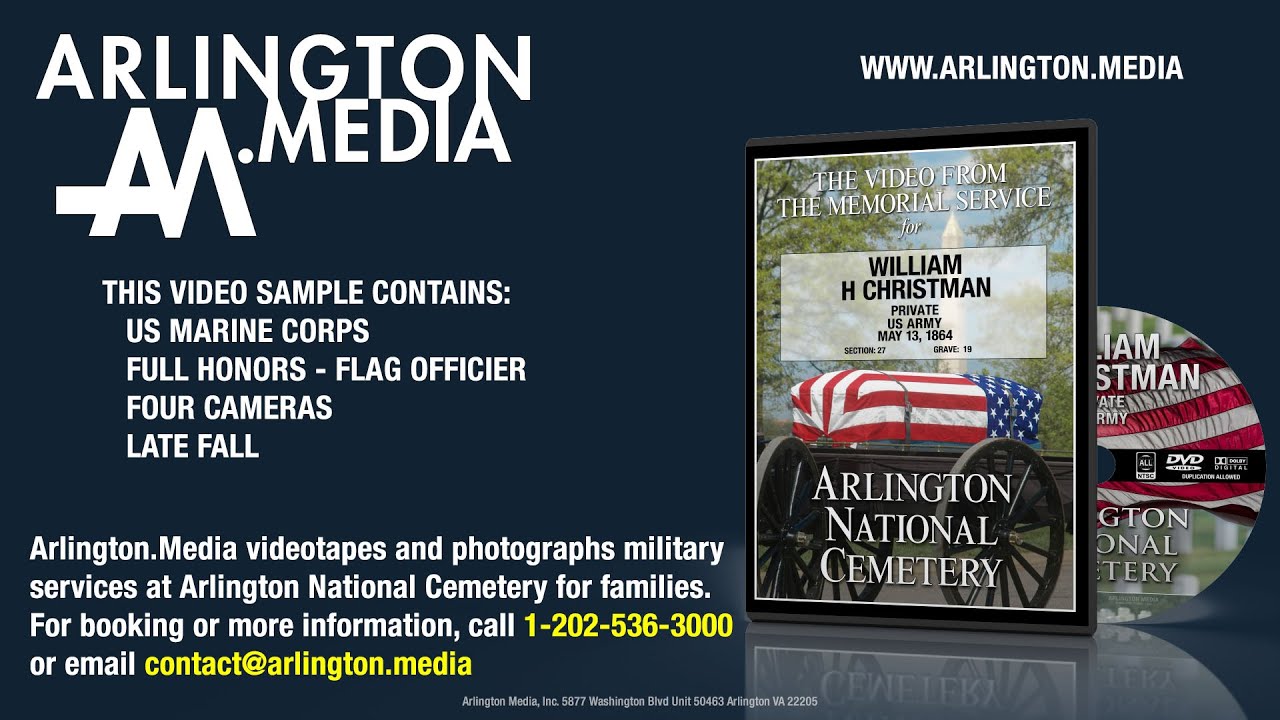 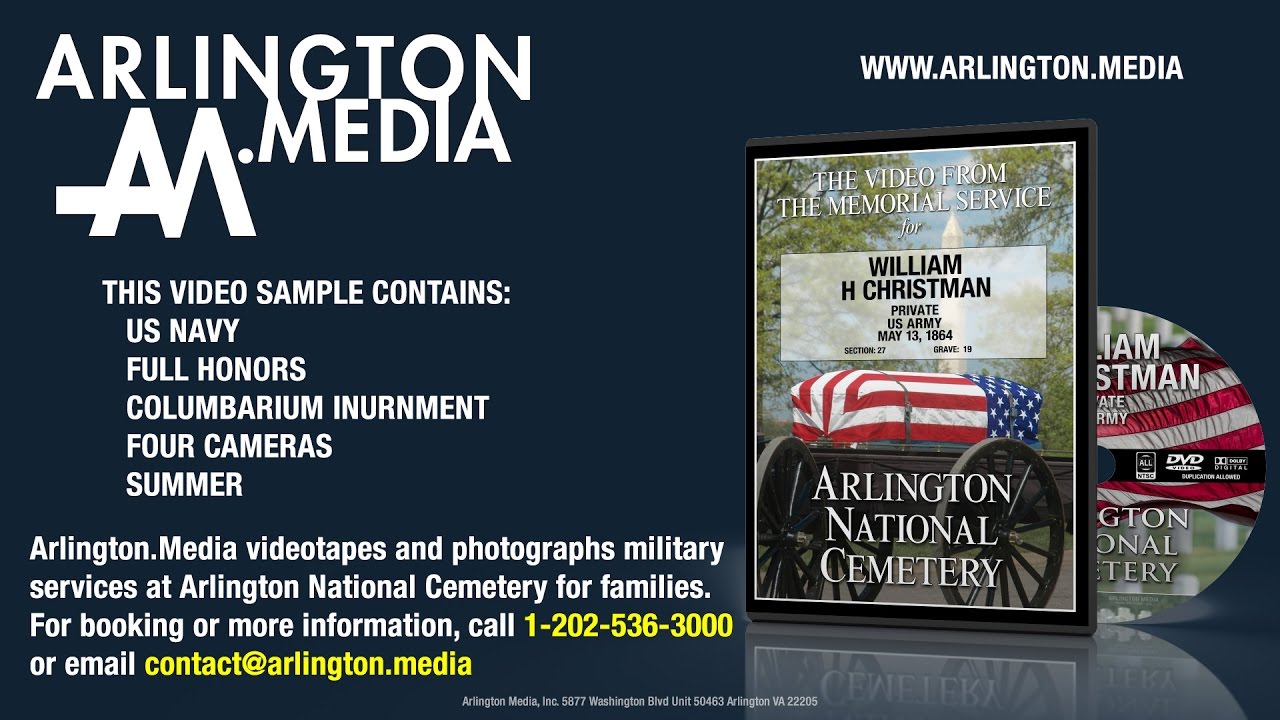 learn more or book
Starting from the Administration Building at Arlington National Cemetery.

learn more or book
Stating from the Administration Building at Arlington National Cemetery.